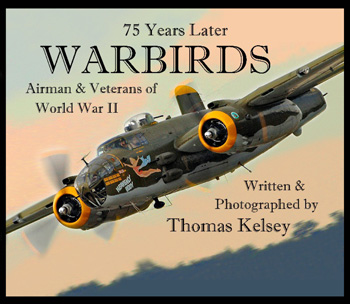 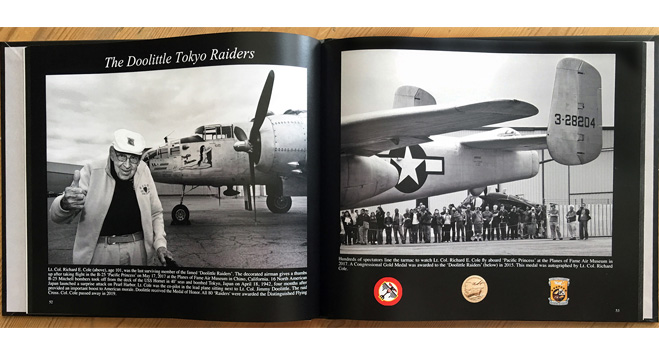 '75 Years Later' is a history lesson with facts, figures & photographs of the wartime effort brought to the forefront by survivors of World War II.  Here within are many incredible stories, some never told before by "The Greatest Generation" which is honored here in this 136 page hard cover book that was 34 years in the making. All gave some and some gave all.

This photo essay started in 1986 and culminates here with “75 Years Later – Warbirds, Airman, & Veterans of World War II". It includes interviews and stories of heroism and sacrifice that were made by surviving Veterans to preserve the freedoms that we enjoy today.

405,000 Americans lost their lives in WWII. As their surviving fraternity continues to dwindle, it grows even more important to pass down the stories of what they did. '75 Years Later' is an intimate portrait of a legendary group of Warbirds, Airman and Veterans, then & now, who helped shape the victory of World War II.

Did you know? You can save items in your cart for later by logging in or creating an account.